With acting and humour and ever so focused on rousing dancing, we present our dance performances, which we put together every year for carnival season. Whether with typical carnival songs from Cologne or with famous songs from musicals and films, our performances will sweep you away and convey the pure Cologne attitude to life.

In addition to the yearly new invented choreography, our “Ostermann Potpourri” (developed with the famous songs of Cologne singer Willi Ostermann) – which has been performed many thousands of times since its premiere in 1976 – stands for the unmistakable style of our dance formation. In 1997 the highest award of its kind, the “Willi Ostermann Medal in Gold” for the “Merits for songs of Cologne” was awarded to the “Hellige Knäächte un Mägde“.

In 1823 the “Hellige Knäächte un Mägde“ are called together with the „Rote Funken“ (the oldest traditional carnival union of Cologne) into the first “Rosenmontag” parade (a yearly event at the end of carnival season where people gather in the street to see costumed people who throw candy). In the centre of our performances stand, beside our proud nights and maids, the old Cologne figure of the “Jecken-Bääntchen“ (clownish/foolish Bernd), our “Fähnrich“ (the protector of our ensign) and the “Bauernschütz“ (a singer, who accompanies our performances vocally).

The course of time has sometimes led us not only into the wide world and onto radio and television, but our Cologne heart beats solely for our genuine carnival season. For its diverse events and balls, the wonderful parish carnival, the incomparably cheerful celebrations in the city communes, the genuine atmosphere in the festival tents, on the market squares and the hustle and bustle during the street carnival. 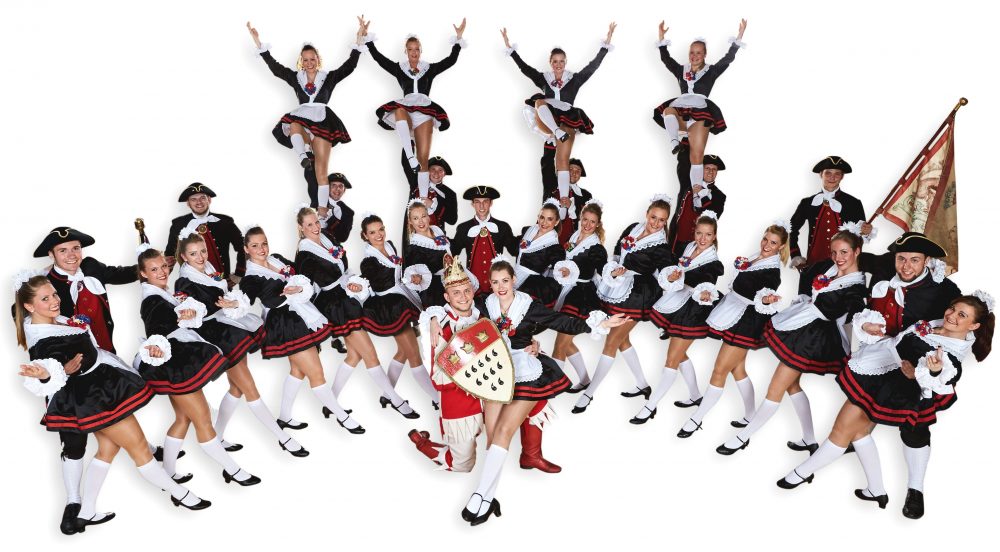