September 14th in 1396 marked the birth of the new city constitution, which was to remain in force for four hundred years. From this day forward all power in the city now emanated from a self-contained citizenship that embodied itself in guilds and gaffs.

Outside the guilds and gaffs stood the peasant benches. They were associations of the farmers living in the suburbs. They were highly recognized by the Council as constitutional corporations and for the supply of the city. Until the late 18th century they were an important part of Cologne’s economic and constitutional history.

In the course of their history, the “Hellige Knäächte un Mägde”, with their associated characters “Bauernschütz, Fähnrich und Jeckenbääntchen“, began to represent the youth of the peasants’ benches. In the processions of the parishes, the nights used to carry around the statutes of the figures of the saints and to gather in the afternoon for the round dance: They then went through the streets and performed dances with their maids in front of the dignitaries’ houses.

On their way through time, the “Hellige Knäächte un Mägde” danced, sang and performed to the festivals of Cologne, to the fairs and took over honorary representations in the service and for the good of their city.

Since the rococo period – around 1740 – the traditional costumes have been worn in the traditional cut and in the historical colours “red, white and black”. With the beginning of the era of the romantic carnival in 1823, the “Hellige Knäächte un Mägde” are called together with the “Rote Funken“ (also a traditional formation in Cologne) into the first „Rosenmontag“ parade. They are still represented in this parade today. 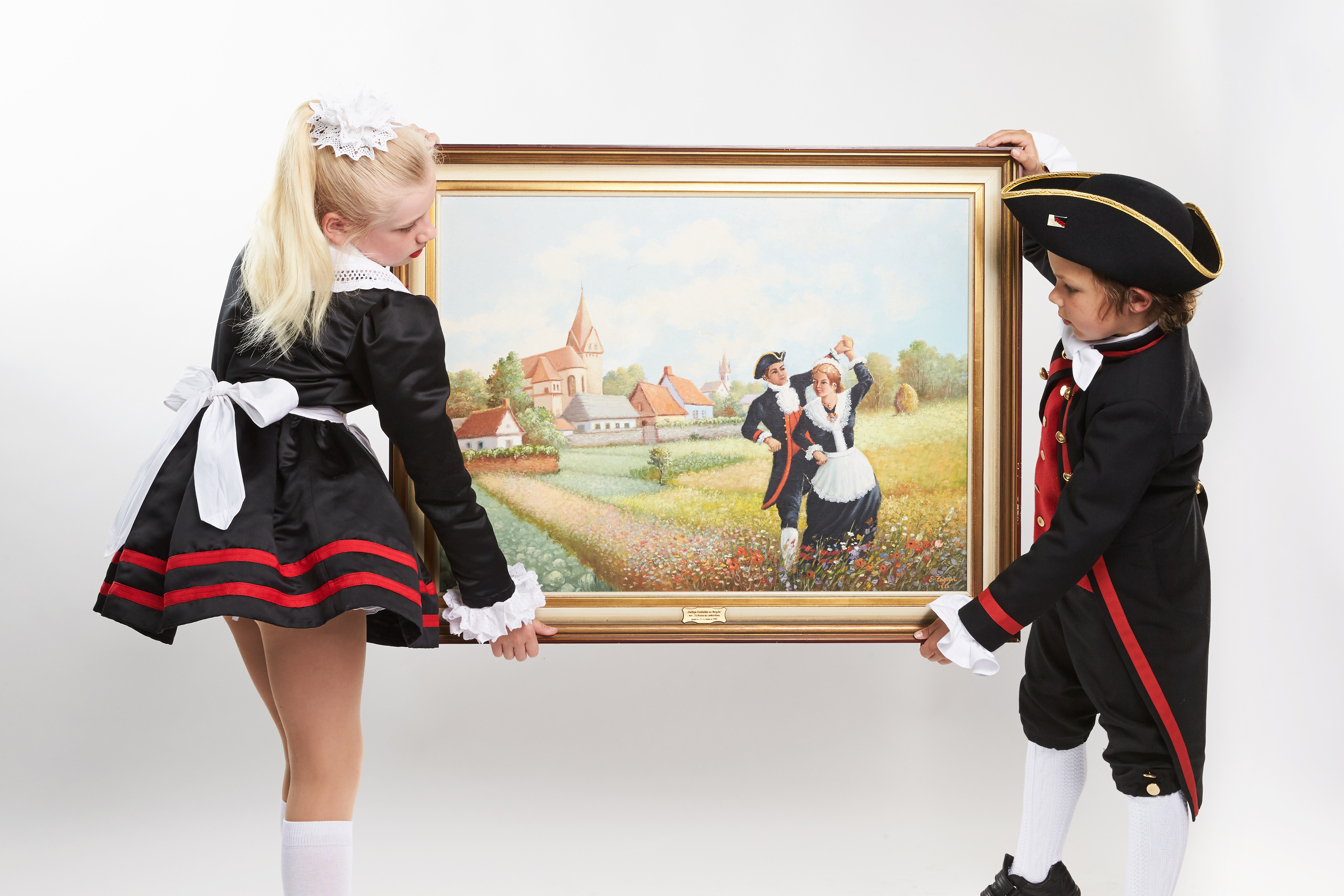